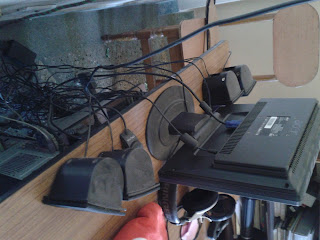 I had returned home after a gap of about four months. My son grimly declared that my favorite PC was out of order.

"What's the problem?", I asked.
"It simply doesn't start', he replied.

I felt bad since surviving without the PC would be difficult.

I am not a computer expert. I cannot repair it.
" Have to call my trusted computer man Bikash", I thought.

Before calling Bikash I just wanted to check the problem. And one fine morning, when I was alone at home, I started my job. I switched on the UPS, then the computer which gave me the indication that the PC had started but the monitor does not work.

I checked the monitor whether it was switched on. It was.

"The problem is somewhere else", I talked to myself. I started checking the connections one by one. All connections seemed alright. At last I checked the power supply to the monitor and I could find that the connection from the adapter was loose. "Probably, this is the problem", I assured myself and reconnected the cable to the adapter. and low and behold, the monitor started working.

My son never checked the connections and just had declared the computer to be out of order. If I were not there, he would have called some experts who would have charged him few hundred rupees to fix the BIG problem....

Some times common sense is what we require most.
Posted by ডঃ মাখন লাল দাস at 21:30 No comments: Links to this post 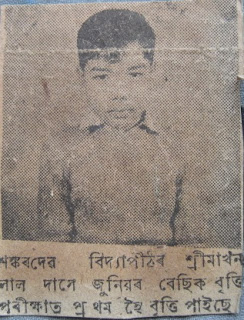 Some people have already been suffering from water scarcity and it will affect more and more people if we do not take appropriate steps.

The other day I saw a newly installed beautiful bath tub in a friend’s house. It is a luxury, no question about that.

I have read somewhere that it takes about 70 gallons of water to fill a bathtub, so, obviously, showers are generally the more water-efficient way to bathe. And , if we use a low-flow shower-head , we can save 15 gallons of water during a 10-minute shower.

To, me, not using a shower is even better. I still remember my IIT, Madras days. 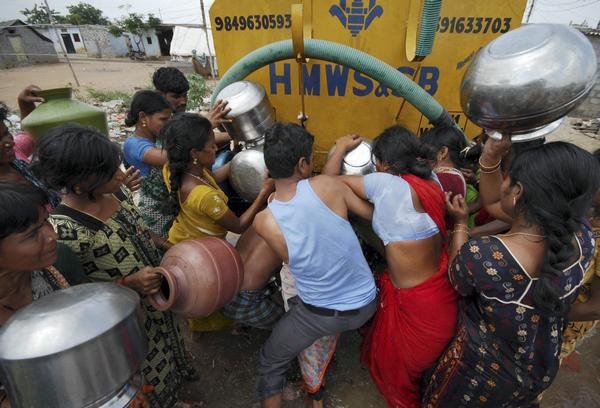 It was during the period 1987-89. Chennai was passing through a situation where water was considered to be precious.  Our hostel bath room shower connections were cut off. One had to carry a bucket of water inside the bath room to take bath. It saved lots of water, no doubt. It was not very convenient though. There was no water tap inside the bath room. Otherwise, some one might have wasted water by keeping the tap running while taking bath. As the water tap was outside, one had to satisfy oneself with whatever water he carried inside the bath room. It was a very good step taken by the authorities, no doubt about that.

This is just an example..


I have never been an athlete. I cannot even think of running a marathon. I have nothing to show as achievement in sports related activities, although I keep lots of interest in them.

I have always encouraged my sons to take part in all sports activities. They have not achieved anything great till now. But, in the process I have learnt a lesson or two from them.

One fine morning, my elder son approached me for permission to join the open marathon to be held in their school that day. It was to be a seven kilometer run open to all students. My son was about eleven or twelve years old at that time, not an ideal age to take part in such type of events as told by an expert to me later. My son was eager, so I gave him the permission to join the race. 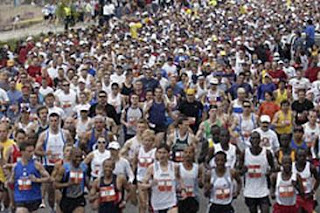 I was not qualified to give my son any advice since I had never taken part in marathon race myself. But, as a father I had to encourage my son and give some tips based on whatever little knowledge I had about the event.

Behaving like an experienced athlete, I told him, “Just enjoy the run. Take it easy. After running for about 100 meters you’ll have a strong urge to stop since you’ll start getting tired. But do not stop. Once you stop, you may not be able to run again. Just keep going and going.”

My son nodded and left for school.

He returned from school in the afternoon very much excited. Before I could ask anything, he declared, “Daddy, I secured fifth position in the marathon and I’ll get some award for that.”
I was surprised.
He continued to narrate his experience,
“Almost the whole school participated in the run. Initially most of them were leading, but after sometime, many of them stopped and started getting into the bus that had been following us. I kept on running, remembering your advice not to stop. I started overtaking others and after sometime I found myself almost alone on the road. After taking a turn suddenly I saw our school building looking at me. When I entered the school compound students and teachers started cheering and clapping for me. Some one of them was shouting, Fifth, Fifth.. Arpit is Fifth…”

My son put into practice my theoretical knowledge however limited it may be. The mental strength he  had shown by not stopping halfway made him successful.

In the process, he taught me a valuable lesson too.
Posted by ডঃ মাখন লাল দাস at 23:52 5 comments: Links to this post

My seventy four year old friend from Nagpur, who visits our college regularly to deliver lectures to the students, never stops learning.  He had been a brilliant student and had retired as a successful geologist and officer from the Geological Survey of India. Even at this age he is as sharp as a razor. He keeps on reading books on various subjects.

The other day, he asked me, “What is the full form of CDMA and what is GSM?”

The two terms are familiar to me but I could not answer him immediately as my knowledge was very very limited. I had to refer to Wikipedia to get some information on these two mobile technologies. Telecommunication is not my field neither his. But I had never bothered to read about them till my friend asked me that question.

As I was reading about CDMA and GSM in the net, few teachers entered my room at the right moment and came to my rescue.  One among them was an expert in that area and explained the technologies in simple words. My friend kept on asking him related questions and the teacher answered them all.


I just kept wondering, how can a man at this age remain so inquisitive like a four year old boy!

Suddenly I realized, probably that is the reason why his memory is still so sharp, why he is still so active and enthusiastic, why he does not have ailments that can hamper his movements across the big country like India.

I also read in the net what researchers had found that "Cognitively active persons in old age  2.6 times less likely to develop old age related disorders such as dementia and Alzheimer’s disease than a cognitively inactive person.

Keeping the fire alive is the key, I concluded


One of them is physically challenged. He was accompanied by his friend. They are from Bihar, recently admitted to our college. They entered my room after politely taking permission.

One of them started, "Sir, we want your forgiveness."

I got confused and asked them, "Why? What happened? What have you done?"

"Sir, without taking your permission we have booked our ticket to go home since it is difficult to get reservations during this Diwalee season.", one of them replied.

"What is wrong in that? The college will be closed for Diwalee vacation, you are allowed to go home.", I assured them.

"No sir, we made a mistake.. we booked our tickets for tomorrow. There is some function at his house. He cannot go alone since he is physically handicapped. So, two of us are also going with him. Our vacation starts next week only. We are going tomorrow.. Please forgive us. If you do not allow, we'll not go." The other boy said pointing towards the physically challenged boy.

I was amazed by their honesty, simplicity and moral courage. I just looked at the two boys with a smile in my face.

They thanked me and left my room happily.

Just love such honest and bold students.
Posted by ডঃ মাখন লাল দাস at 06:40 No comments: Links to this post